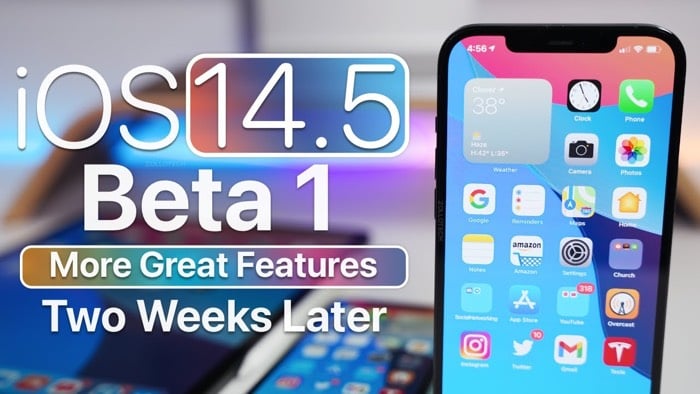 It has been almost two weeks since the first iOS 14.5 beta 1 software was released, we may see the second beta of the software this week.

We have already seen a number of videos on the features in iOS 14.5 and now we have another video from Zollotech which gives  us an updated on the new beta software.

The iOS 14.5 software update will bring a range of new features to the iPhone and iPad, this includes some major privacy changes for iOS.

Apps like Facebook will now have to alert you when they are tracking you on iOS, you will then have the option to stop them tracking you. This is a major priavcy change for iOS and one that companies like Facebook are not very happy about.

We are expecting the iOS 14.5 software to be released some time in March, as soon as we get some more details about the update, we will let you guys know.