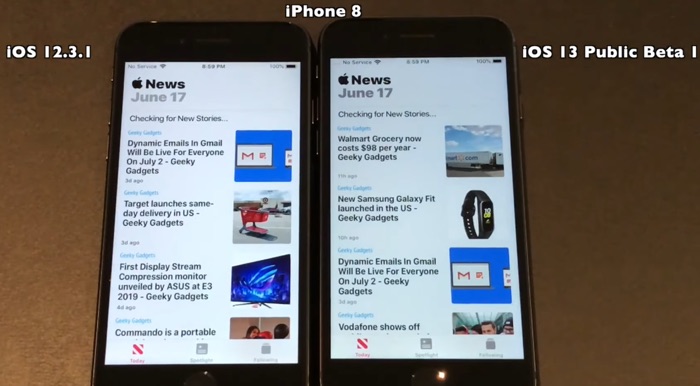 As we can see from the video there are no major speed improvements in the first public beta of iOS 13, this is hardly a surpise as the software is basically the same as the developer beta 2 we saw previously.

Apple are expected to release their new iOS 13 software some time in September along with their new iPhones.