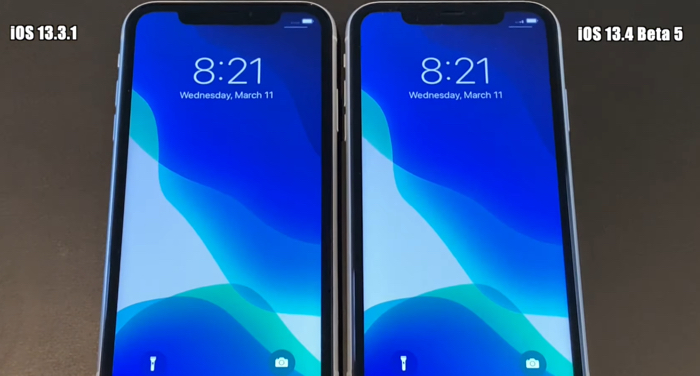 In the video below we get to see the iOS 13.4 beta 5 run side by side with the current iOS release on a number of devices.

As we can see from the video there are no major speed improvements in this new beta of APple’s iOS 13.4 in the apps or the boot up times.

As this new beta is close to the final version of iOS 13.4 we are not expecting an major changes to this by the time the final version lands, we could possibly see this happen next week, unless Apple decides they need another beta release.