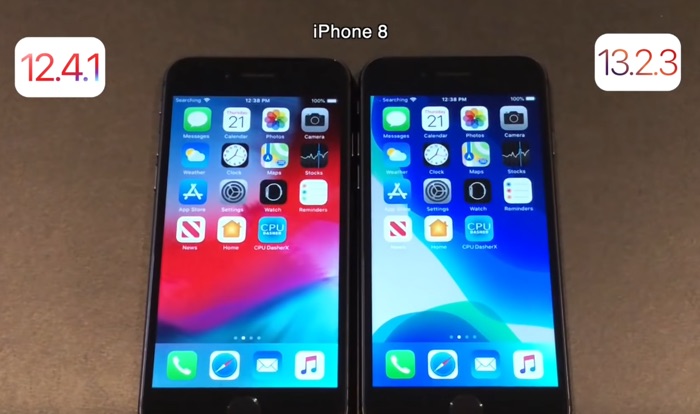 Some people are still running older versions of iOS and may be wondering whether it is worth upgrading to iOS 13, now we have a speed test of iOS 13.2.3 vs iOS 12.4.1.

Apple’s iOS 13 brings many new features to the iPhone, although there have been a number of bugs in the OS, so we have seen lots of regular updates since its release in September.

As we can see from the video the two handsets boot up around the same time but a number of the apps in iOS 13.2.3 appear to load slightly faster.

The new iOS 13.2.3 also scored higher in the AnTuTu benchmarks and some of the other benchmarks, so overall the new iOS 13.2.3 is faster than the iOS 12.4.1 software. If you are running the older software then it may be worht considering upgrading.