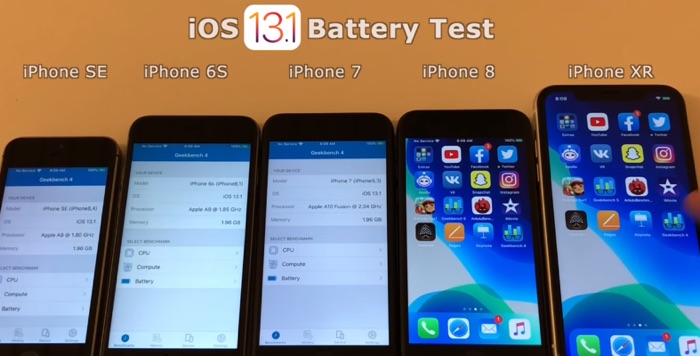 The new iOS 13.1 software update landed earlier this week, we previously saw a speed test of the OS and now we have some iOS 13.1 battery life tests.

In the video below we get to find out if there are any battery life improvements on the iPhone SE, iPhone 6S, iPhone 7, iPhone 8 and iPhone XR, lets find out.

As we can see from the video there were some minor battery life improvements in all of the handsets, these were only small improvements so it looks like no major improvements as yet over iOS 13.

The new iOS 13.1 software brings a range of new features to the iPhone, it also fixes many of the bugs that were still present in the recent iOS 13 release. It is worth updating your handset to this latest version.

The new iOS 13.1 software update is available as an over the air update and you can installing its by going to Settings > General> Software update on your device.