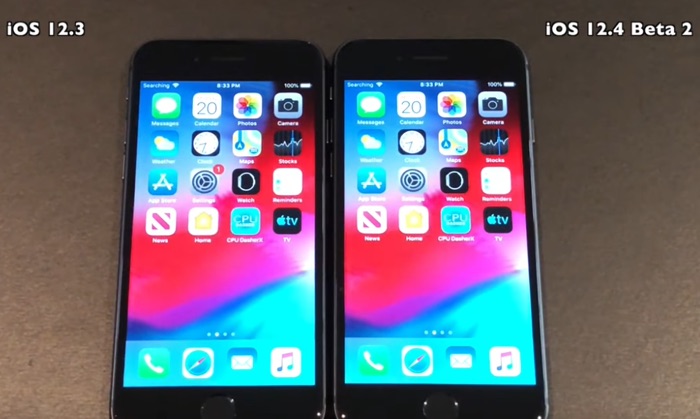 As we can see from the video comparing iOS 12.4 beta 2 vs iOS 12.3 there do not appear to be any speed improvements in the boot up times with the new beta. There also does not seem to be any improvement in the speed of the various apps.

As this is only the second beta of iOS 12.4 it will be a while before the final version of the software is released, we are expecting this to land around the end of June, as soon as we get more details we will let you guys know.