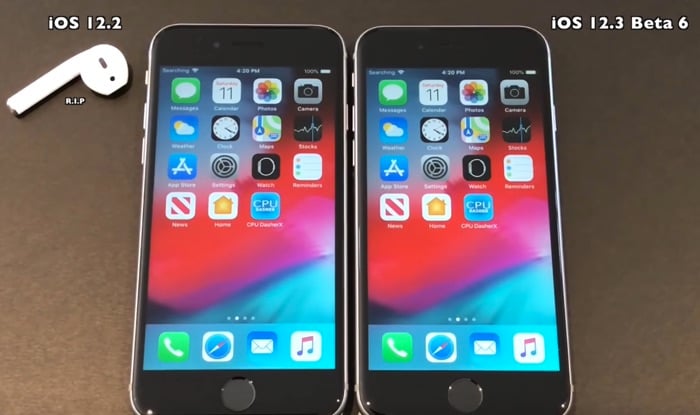 We have seen a number of these videos over the last few weeks with no major speed improvements in the new OS over the current version. The sixth beta is close to the final version that will be released so it will give us a good idea of any speed improvements.

In the videos below we get to see the iPhone 5S, iPhone 6, iPhone 6S, iPhone 7 and iPhone 8 running the new beta side by side with iOS 12.2, lets see if there are any improvements.

As we can see from the videos there are no major speed improvements in the new beta of iOS 12.3. We are expecting the final version of iOS 12.3 to be released some time this week, possibly tomorrow or Wednesday.