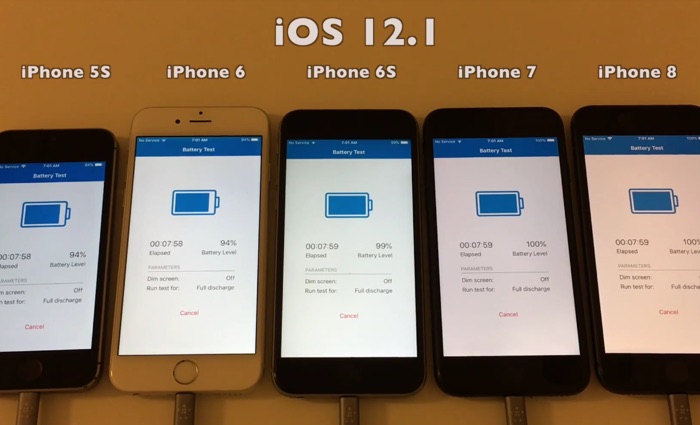 Apple recently released their iOS 12.1 software update, we previously saw some speed test video for the new OS and now we have a battery test video.

It will be interesting to see if there are any speed or battery life improvements in the next version of Apple’s iOS when it is released.