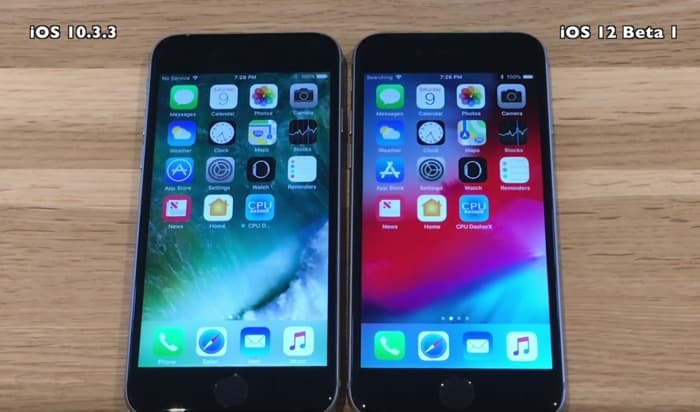 We have already seen a number of videos of the new iOS 12 beta 1, the software is said to bring a number of speed improvements, especially to older devices.

As we can see from the video the iPhone 5S running the running the iOS 9.3.5 booted up faster than the device with the new beta. This may change by the time the final version of iOS 12 is released. The older software also appears to be slightly faster in the apps. Next up is a speed test on the iPhone 5s with iOS 10.3.3 vs iOS 12 Beta.

With the latest video we can see that the iPhone 5S running the iOS 10.3.3 boots up faster than the handset running the new iOS 12 beta 1. It also appears slightly faster in some of the apps. Next up is the iPhone 6.

In the video showing the iPhone 6 the handset running the older iOS 10.3.3 software boots up slightly faster, there does appear to be a minor speed improvement in some of the apps. Next up is the iPhone 6S.

As we can see from the video the handset running the iOS 10.3.3 booted up faster than the handset with the new iOS 12 beta. There does appear to be some minor speed improvements in the apps.

We suspect that by the time Apple released their iOS 12 software it could possibly bring some speed improvements to older devices. Apple are expected to release the software some time in September along with the new iPhone X.