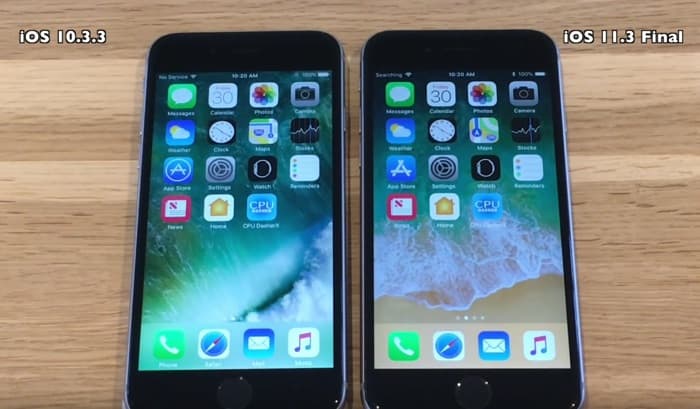 The latest videos from iAppleBytes puts iOS 10.3.3 vs iOS 11.3. Many owners of older iPhones are running iOS 10.3.3 on their devices, according to Mixpanel around 10.5% of iPhone owners are still on iOS 10.

The reason that many people are still running iOS 10 on older devices as the older OS has been faster than all of Apple’s iOS 11 releases to date on these devices. Will this change with the release of iOS 11.3?