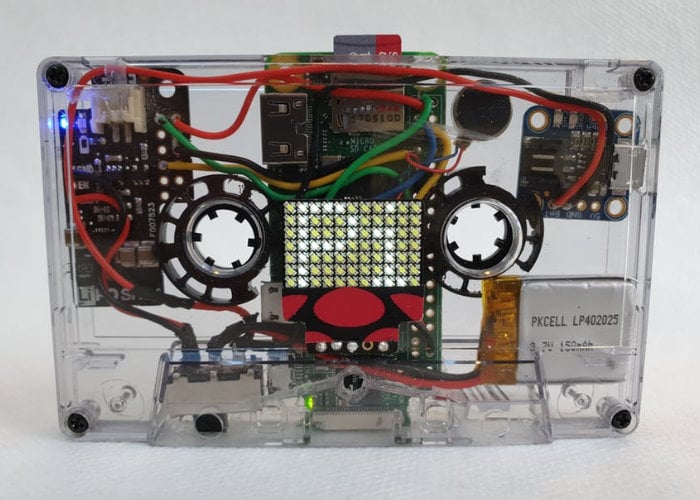 Raspberry Pi enthusiasts looking for an interesting project to keep them busy this weekend may be interested in the Raspberry Pi cassette Internet of Things scroller created by Hackster.io member Martin Mander. Using a retro cassette as a case the small IoT scroller is a self-contained battery powered notification stroller powered by a Raspberry Pi Zero mini PC. 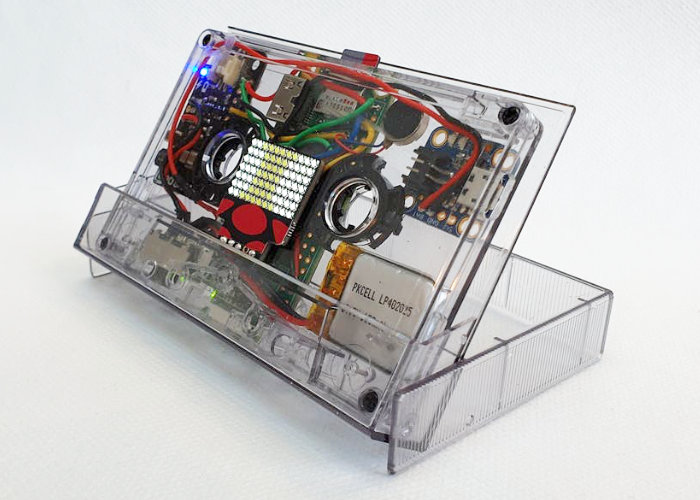 “The Cassette Pi is a self-contained real-time notification scroller, all housed neatly inside a transparent cassette tape. A Raspberry Pi Zero is sandwiched between the two tape reels, retrieving all manner of Internet of Things notifications from the fabulous IFTTT (If This, Then That) service, delivered almost instantly to the Pi via an Adafruit.IO feed and a Python script. The whole cassette vibrates to alert you to the incoming notification, and the text is then scrolled clearly across a Pimoroni 11×7 LED display.”

“Everything is powered by a 150mAh LiPo battery, connected to the Pi via a LiPo Shim – also within the cassette is an Adafruit Micro Lipo so when the battery runs low it can be plugged directly into a Micro USB power source to grab some juice. The most fun part is that thanks to some trimming of the Pi itself, the cassette can still fit inside any vintage tape player, turning that old ornament into a functional and classy Internet of Things device.”

For full instructions on how to build your very own jump over to the official Hackster.io project page.