Microsoft has released a Beta version of the new Internet Explorer 9, which is now available to try out for Windows 7 and Windows Vista. 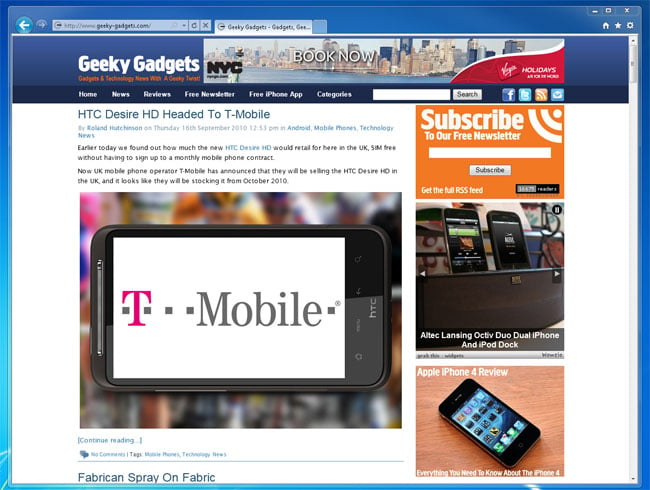 Microsoft’s Internet Explorer senior director for business and marketing, Ryan Gavin said that Microsoft would not put IE9 hardware acceleration features in the current version of Internet Explorer IE8 and would also not make IE9 backwards compatible with Windows XP.

Instead they will be focusing on developing Internet Explorer 9 for Windows 7. Internet Explorer 9 features a stripped down UI, there is now a minimal top bar like many other browsers, with a unified search and URL bar, and Microsoft’s Bing is the default search engine.