Intel has announced a new reference design for the Intel Studybook tablet, which is designed to be a rugged 7 inch tablet, and Intel expects the device to be produced for less than $200.

The Intel Studbook is designed to either run Google’s Android OS or Microsoft’s Windows 7 OS, and it could possibly use Windows 8 in the future, although this has yet to be confirmed by Intel. 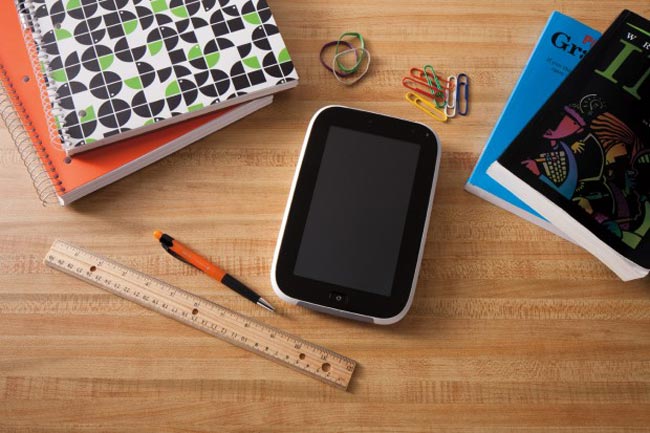 The Intel Studybook will feature a 7 inch touchscreen display, and a rugged casing which is made from gas injected plastic, and it can apparently survive a 27 inch drop, and it is designed to be used in the classroom.

It will feature a USB port, a microSD card slot, mic and audio ports, plus optional mini HDMI and SIM card slots, processing will be provided by an Intel Z650 1.2GHz Atom processor and it will come with up to 2GB of RAM and up to 32GB of built in storage.

The 7 inch display will have a resolution of 1024 x 600 pixels and it will also feature front and rear facing cameras, plus a battery that will give up to 5.5 hours of usage.