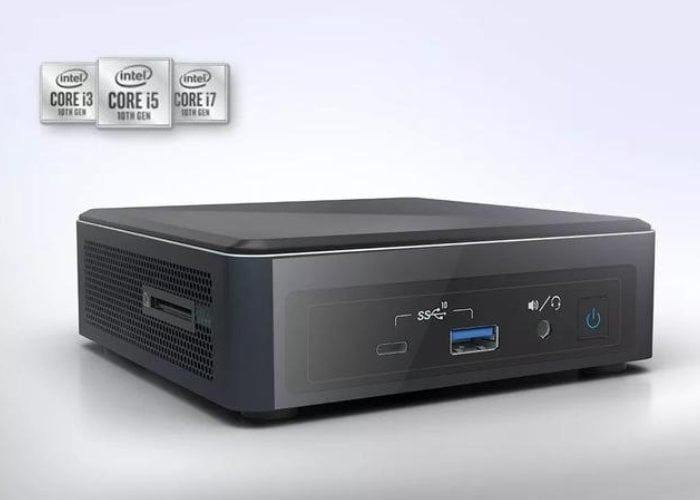 Following on from the announcement earlier this month that Intel would be discontinuing its 10nm CPU Based NUC mini PC systems. It has been leaked this week that Intel is preparing to launch a new range of Intel Frost Canyon NUC with Comet Lake processors. The new range of mini PC systems have yet to be officially announced by Intel but leaked information reveals that the new systems will be equipped with a USB-C port on the front and will feature Intel’s latest 15 watt processors.

Listings have been spotted by the WinFuture team revealing that possible configurations may take the form of :

Offering 15 watt processors with Intel UHD Gen9.5 graphics, although Intel does note that they can be configured to run at up to 25 watts says Brad Linder at Liliputing. Unfortunately, no information on pricing or worldwide availability has been leaked as yet, but as soon as information comes to light, we will keep you updated as always.