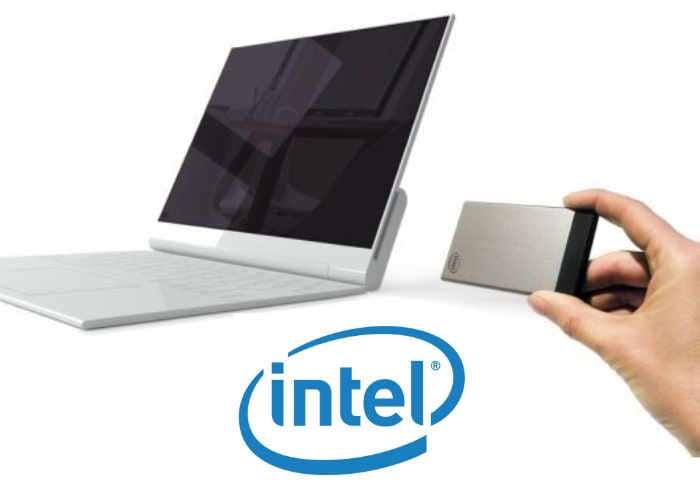 It has been revealed this week that the newly unveiled Intel Compute Card which has yet to be launched officially, will become the upgradable processing power for the second generation NexDock laptop dock.

Thanks to a successful crowdfunding campaign during 2016 NexDock will now be partnering with Intel to create their new laptop system which looks like a laptop, but basically provides a full QWERTY keyboard and screen that can be used with a number of mini PCs, smartphones and other miniature PC systems such as the Intel Compute Card.

The new 2-in-1 PCWill future a touchscreen and detachable keyboard and will use the Intel Compute Card as a convenient way for users to be old to upgrade, its processing power without having to invest in a new screen and keyboard.Although the new system will not be exclusively designed just to accommodate Intel’s new Compute card.

The new NexDock will have a USB Type-C port, an HD (or higher resolution) display, and a built-in kickstand. Like the original NexDock, it doesn’t have a processor, memory, storage, or operating system. Instead, all of those things are on the Intel Compute Card, allowing you to choose the module that best meets your needs (Intel plans to offer a range of Compute Modules, although it’s likely that most will use low-power processors with 6 watt or lower TDPs).