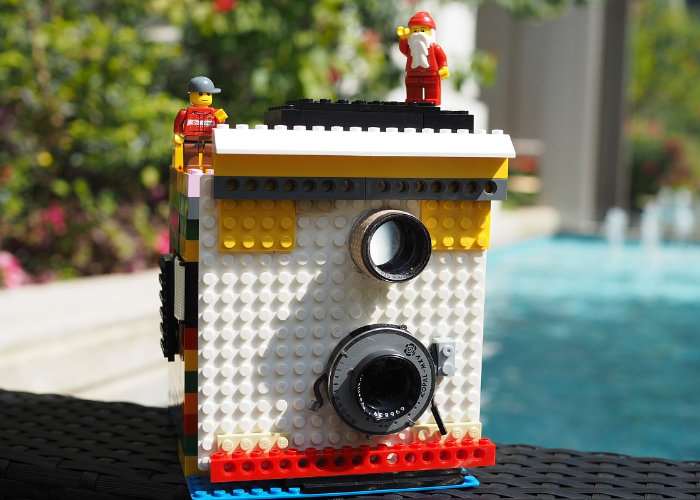 Photographers and master Lego builders are sure to be interested in this new Instax Magic LEGO Camera which is being created using a variety of Lego pieces to create a twin lens reflex using Instax Mini.

Self-professed “instant film magician” Albertino has created the ambitious build and created an instant TLR from scratch. As you would expect the LEOG camera is capable of taking photographs and can be seen in action in the YouTube video below.

The tomography team explains more in their review.

This time I have a revolutionary new camera. Using Lego, I created a twin lens camera that uses Instax Mini film. It appears to be the first Instax Mini camera made with Lego. It has a preview screen on the top where you can compose the photo. After that, you can press the shutter in front of the camera to take the photo. The best part is that you can then press the ejection button inside a “secretive” Lego door on the side of the camera. The instant film will pop out from the nowhere on the camera top. You can then enjoy the magical moment of watching an image emerge from the film.

People are shocked when they realize that this is a camera. It is strange enough to see someone carry a Lego castle to the street. One time, I carried the Lego camera to a crowded outdoor market place. I was trying to shoot an old shopkeeper who was sleeping. I was interrupted by some other store owners who gathered around me and look curiously at the camera. A Western gentleman tapped my shoulder and asked if it is a camera and where can he buy it.