Know as the Xbox 360 slim due to the smaller dimensions of  the New Xbox 360 its internals are mostly new using a single chip for CPU, GPU and eDRAM.

Combining everything on to one die makes cooling a simpler task and the Xbox now only has one heat sink and fan for all the major components making the new Xbox 360 quieter, measured only 45dB when idle or 51dB. 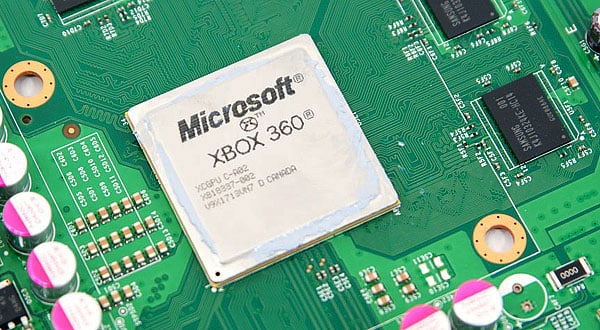 The power requirements of the new Xbox have also been reduce by nearly 50% compared to the original Xbox launched back in 2005, 25% less than Jasper-class rigs at idle, or 20% to 17% less under load

After stripping his new Xbox down Anand thinks that Microsoft might be using cheaper 40nm components, but unfortunately don’t expect any price reductions just yet from Microsoft.