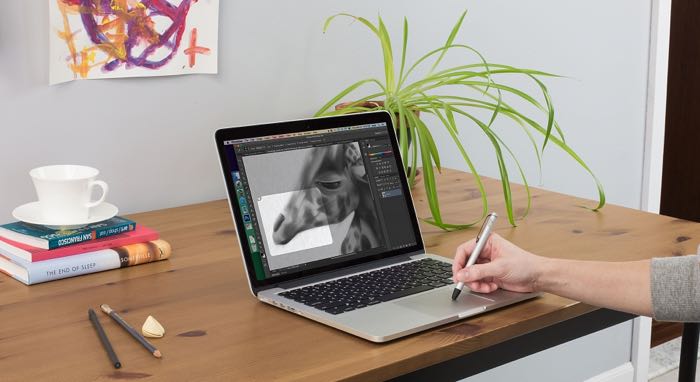 Apple announced a number of new MacBooks earlier this month which come with the companies new Force Touch trackpad and now there is an app called Inklet that lets you draw using the trackpad.

Inklet was created by Ten 1 Design who brought us the Pogo and Pogo Connect stylus and now they have launched this new software which makes use of Apple’s new Force Touch technology.

We think Inklet is the first 3rd party application to support the Apple’s new Force Touch trackpads. This means you’ll have amazing pressure control on newer machines, and in a pinch you can even use your finger.

Having a trackpad capable of measuring force is a big deal. Even though Inklet has always been capable of determining stylus pressure, this update makes measuring pressure simpler and more reliable. Kudos to the team at Apple who designed this precise and useful instrument.

The new Force Touch trackpad on Apple’s MacBooks can be used with a stylus and the new Inklet software to draw and Inklet is now available for $24.95 at the link below.