A great new Facebook inforgraphic has been created by Candytech, a Czech company that helps companies create and measure Facebook marketing campaigns and publishes the data on its statistics portal SocialBakers.

The infographic helps show some of the staggering statistics that make up the Facebook website including: 7.9 new users signed up every second of the year, on average and Facebook grew from 337 million to 585 million users in 2010.

View the full infographic after the jump, with loads more amazing statistics about the worlds most visited website. 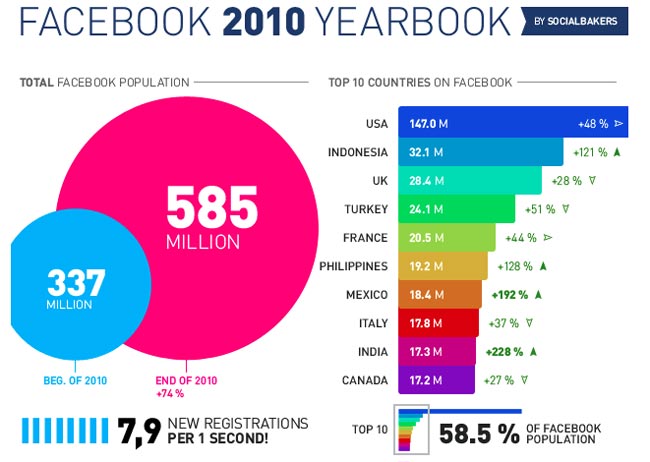 Other interesting stats include the users age of Facebook that with a large majority of users is between 18 and 34 years old but the fastest growing age group is 65+ up a massive +124%. 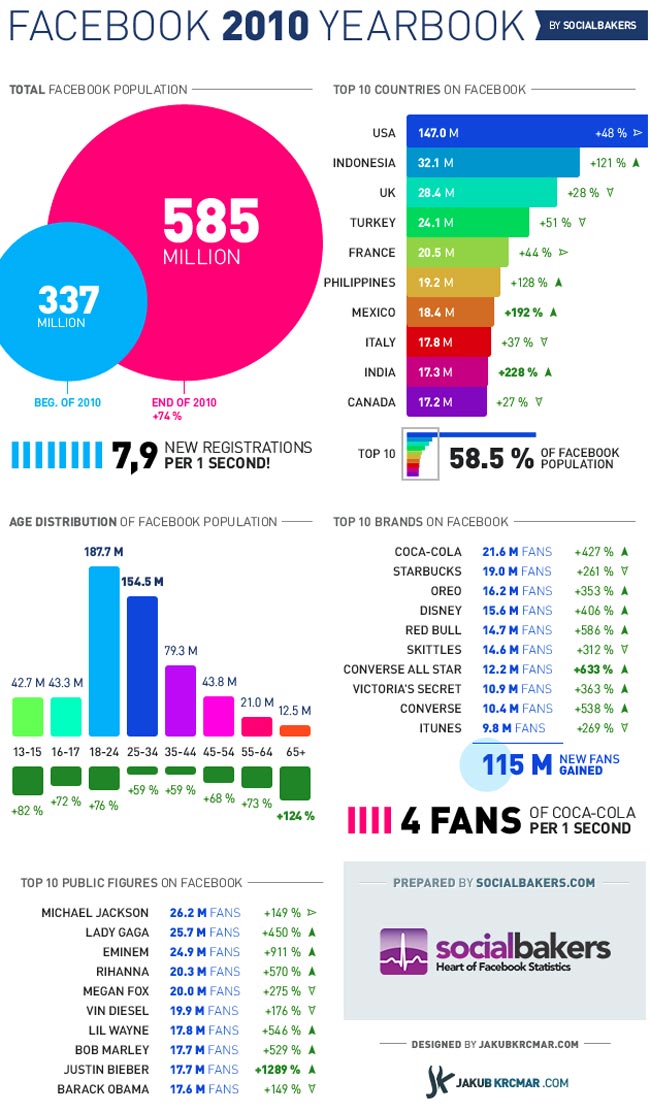