In a rare partnership between pro-surfer Shane Dorian, this Hub Hubbard guy from Billabong, and a few clever people at Mustang Survival, a new innovation among wetsuits could save thousands of lives. But not yet, because the V1 is still in its testing stages. Shane Dorian himself is busy trying to drown himself in huge waves and so far, the V1 inflatable CO2 balloon brings him to the surface each time. 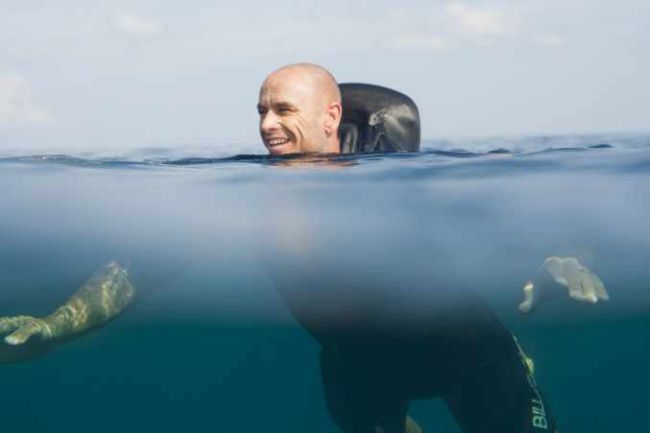 Like most inventions, necessity inspired Shane Dorian to approach the people who would turn his vision into reality. After a near-drowning from massive waves, Shane barely made it ashore and resolved to create an inflatable safety measure for daredevils like him.

After getting in touch with Billabong and Maverick Survival, Shane went about testing the V1. It’s basically a wet suit with an inflatable humpback thanks to a CO2 capsule. The cool part is the capsules can be replaced once spent.

Drawing from life vests found and extensively used by airlines, the V1 guarantees that the wearer reaches the surface and has enough buoyancy to swim back to shore. So far, Shane’s own tests in places with huge killer waves have produced encouraging results.

Take heed though, the V1 is far from market ready. Give it before the year ends though and you can likely get your own.