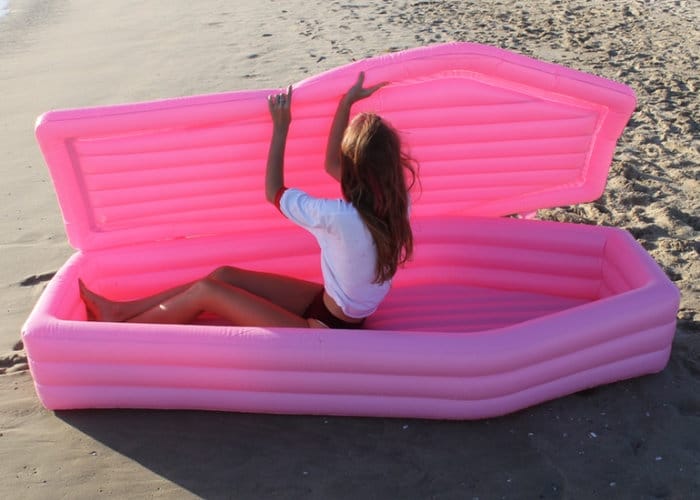 If you’re searching for something a little more unique to relax on in your pool or at the beach you may be interested in the new design by Pom Pom which takes the form of a inflatable pink coffin. Pom Pom is a collaboration between two designers, Andrew Greenbaum and Ian Felton. Their mission with Pom Pom is to “define a brand that can exist between the art world and that of commerce”. 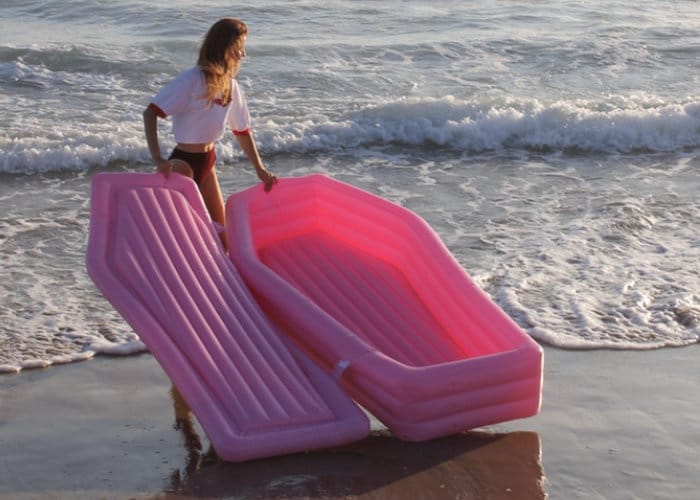 Launched via Kickstarter this week the team hope to raise $60,000 to take the inflatable pink coffin into production. “Things the boys of Pom Pom Floats like: fun, nonchalance, satire, and strangeness. These are the defining elements of Andrew and Ian’s collaborative work. Pom Pom wants to create more objects that exhibit this type of work along with collaborations with other artists world wide. The Pink Coffin Pool Toy is the first of many doses that Pom Pom plans to unleash onto the world.”

For more details, images, specifications and a full list of all available pledges jump over to the official Kickstarter crowdfunding campaign page by following the link below.