Infinity Ward developers of the hugely popular Call of Duty series, has this week revealed teaser images of a Infinity Ward Xi3 mini PC, or one of Valves new Steam Box prototypes, with another hard drive attached at the bottom.

Details about the newly revealed Infinity Ward Xi3 hardware are still under wraps at the moment, but the photos published to the Infinity Ward Twitter and Facebook pages stated “What’s this?” onTwitter and “Game development.” on Facebook. 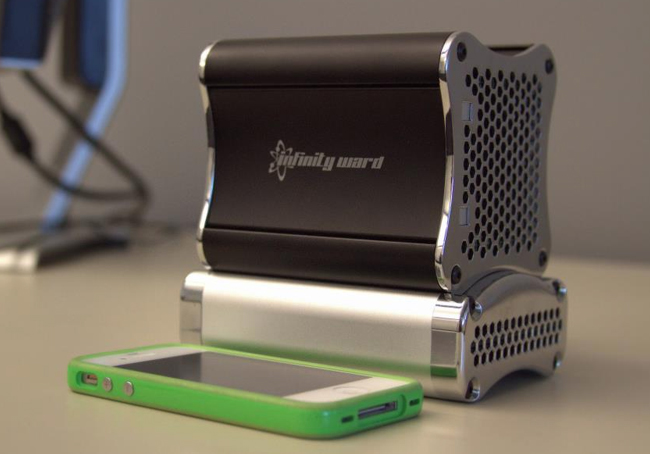 The images and statement of the Infinity Ward Xi3 could mean a number of things, and possibly that Infinity Ward has partnered with Valve or Xi3 or both to develop and release games.

Only time will tell what the cryptic messages and photos mean but as soon as we learn more about the Infinity Ward Xi3 mini PC system or partnerships we will let you know. 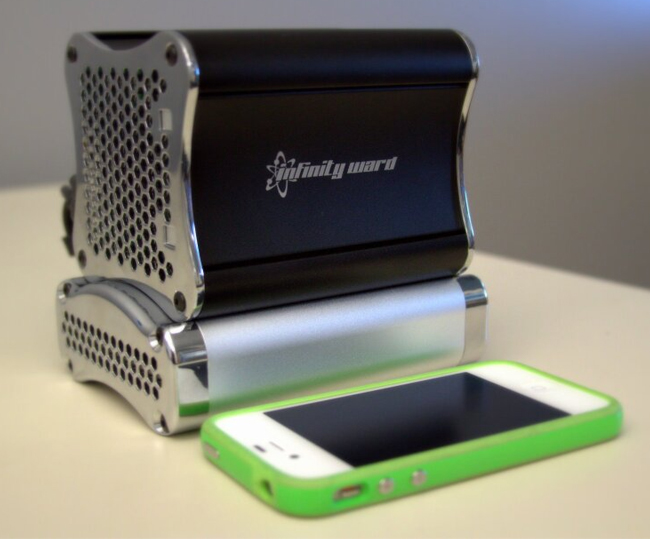