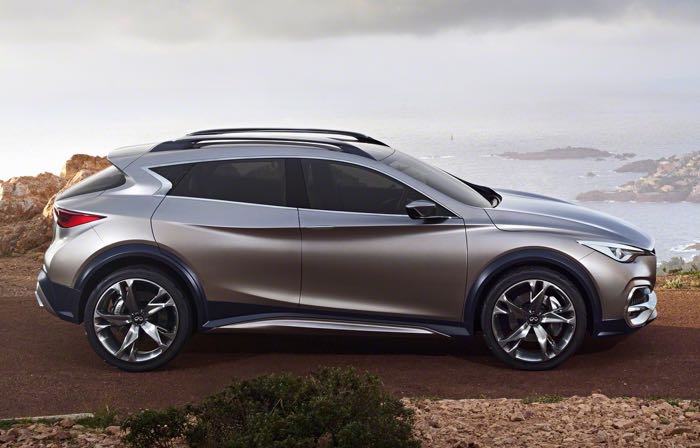 The Infiniti QX30 concept was announced at the Geneva Motor Show last month and now the car has made its North American debut in New York.

The QX30 concept is being shown off at the New York International Auto Show, the car will go into production next year.

Shown for the first time recently at the 2015 Geneva International Motor Show, the QX30 Concept cements Infiniti’s ambitions to expand into the global premium compact segment, which is forecast for significant growth with the entry of younger affluent customers.

Combining the sleek lines of the coupe with the command seating position and all-wheel drive of a crossover, the QX30 Concept is just as adept at navigating urban commutes as it is exploring weekend getaways.

You can find out more information about the new Infiniti QX30 Concept over at the company’s website at the link below.