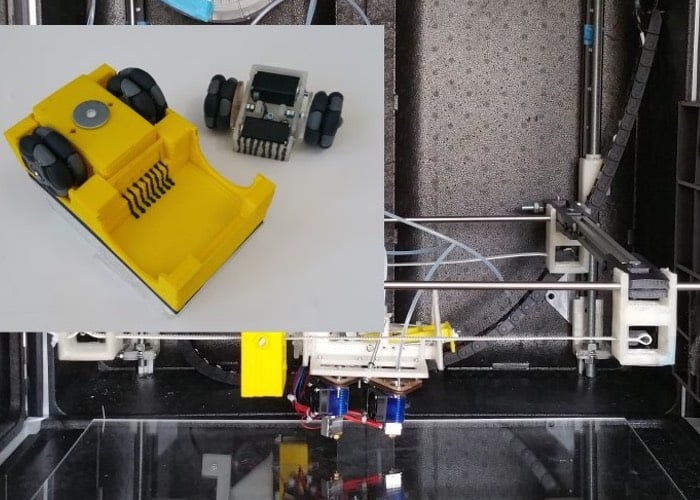 A new 3D printer has launched over on the Kickstarter crowdfunding website this week called the Industrial Revolution III or iR3 for short, that has been created by Buzz Technology and is capable of adding other components to the objects it is creating during the 3D printing process.

The IR3 3D printer has been design to provide designers around the world with an industrial scale 3D printer that is capable of producing high quality sophisticated fully functional products consisting of multiple parts.

Watch the video below to learn more about this unique 3D printer and what makes it different to the others currently on the market. The IR3 3D printer project is currently over on the Kickstarter crowd funding website looking to raise £50,000 in pledges to make the jump from concept to production. Its developers explain a little more :

“The Industrial Revolution III (IR3) – is our Fair Source game changing 3D printer that can produce sophisticated, fully assembled and working products.  KITS of standardised, non-printable items that the IR3 can pick and place into a print include motors, keypads, sensors, wheels and more.

Whilst the IR3 has been fully developed, we are continually working to enhance the design to deliver an increased print volume, better accuracy and additional functionality. 3D printing is a fast evolving technology and we want to ensure that we can provide you with the most up to date machine available and that is is as future proof as possible. As a result, all of the specifications quoted may vary and the pictures shown are not contractual.  “

So if you think IR3 3D printer is something you could benefit from, visit the Kickstarter website now to make a pledge and help IR3 3D printer become a reality.