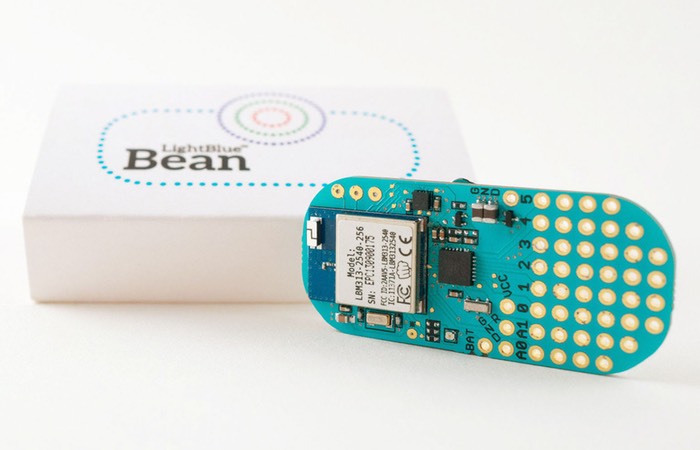 Originally launched via the Kickstarter crowdfunding website, the awesome LightBlue Bean module that provides a Bluetooth low energy connection for Arduino based projects has this week announced a new update that brings with it support for Node-RED.

Node-RED is a free visual development tool for wiring together hardware devices, APIs and online service for Internet of Things devices that is compatible with both Mac and Linux systems.

The Node-RED system provides a browser-based visual flow editor that makes it easy to wire together flows using the wide range nodes in the palette. Colin Karpfinger, founder and CEO, Punch Through Design explains more :

“The LightBlue Bean is an Arduino-compatible board with Bluetooth Low Energy that was crowdfunded in 2014. Since then, tens of thousands of the coin-cell powered boards have been sold to a growing community seeking to create prototypes of connected devices as well as building unique and fun projects accessed via BLE by smartphones or laptops.

Adding Node-RED support to the LightBlue Bean opens up Internet-connected device development to new audiences that want to build projects they can control with their smartphone, tablet or computer, but are unfamiliar with traditional coding.

Beyond DIYers, hobbyists and students, this new compatibility provides designers, developers and prototypers with an inexpensive way to build sophisticated IoT devices quickly, and we’re excited to see what will be created by the community over the coming months.”

For more information on the new Node-RED support jump over to the official Node-RED website for details via the link below.