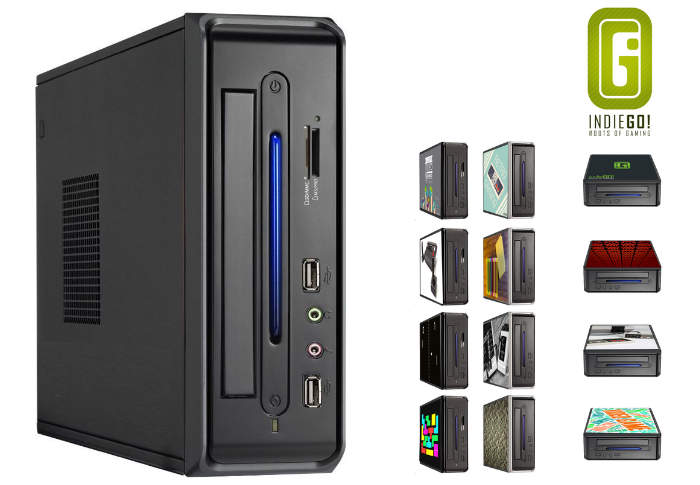 The ARES Computer company has once again taken to Kickstarter to raise the required funds the company needs to take their new retro games console and all in one media centre into production.

Watch the video below to learn more about what this game’s emulation system is capable of providing, now it can be powered by a selection of different mini PC systems such as the Raspberry Pi 3, Odroid XU4 or Orange Pi.

The new Kickstarter campaign is looking to produce more games for the indieGO! and Amiga Computers as well as provide a new lower cost version using the powerful and affordable Orange Pi mini PC. The team also wants to create an expansion for the indieGO retro games console which will enable the use and backup original 3.5″ disks from Amiga, ATARI and other systems.

The indieGO! is the non plus ultra ARM powered system and the only one with a DVD-RW or optional BD-RW drive. Play and or backup your CD-based retro games (by default only non-copy-protected disc… but since the indieGO! is open, it is up to you what you will backup – please check you local and country specific laws before backing up copy protected media )

The indieGO is not only a gaming or media center, you can also use it as powerful and maybe most power-efficient Computer. Do everything you need using Linux, Android or AEROS. It even runs X86 linux software because we gift you Elltechs Exagear Emulator which works similar to “Rosetta” Emulation which was used by Apple during the transition from PPC-CPU’s to Intel CPU’s… Long story short.. you can run many PC-inux apps seemingly besides the ARM based apps.

For more information on the new indieGO retro games console jump over to the Kickstarter website for details by following the link below.