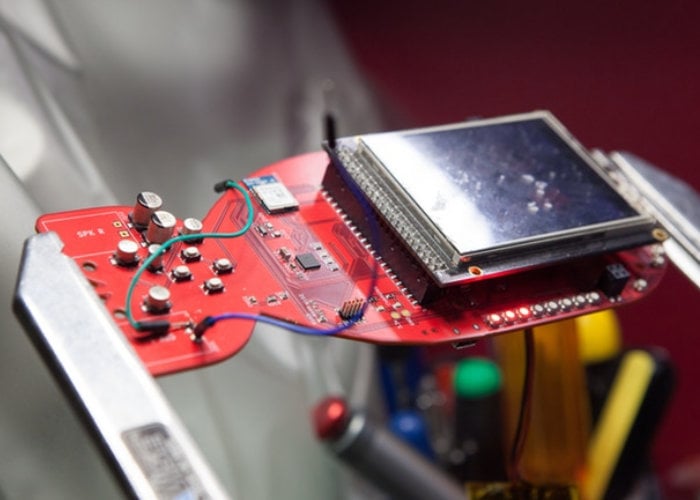 If you are attending the upcoming DEF CON conference you may be interested in a new hackable electronic badge created by electronics hacker John Adams. The DEF CON badge comes equipped with RGB LEDs, stereo audio, LiPo battery, multiplayer radio-based sea battle game, and more. Check out the video below to learn more.

– Many LED pattern modes. Such blinky, so wow.
– LED Dimming so it doesn’t blind you.
– Badge to Badge Sea warfare/bombing game with multiple levels and RPG-like attributes. Level up and battle your friends!
– Video playback with synchronized audio (We’re seeing around 18 FPS right now on the new code!)
– Digital Audio playback, audio amplifier, and speaker.
– SECRET STUFF
– All specifications subject to change at any time based on market/part availability

Specifications of the da Bomb! indie DEF CON badge include :