The Asian giant is on course to build a first in its region: a massive tidal power plant capable of producing 50MW. The name of the company tasked with such a grand undertaking is quite ironic too: Atlantis Resources Corporation, a UK engineering firm specializing in underwater turbines. 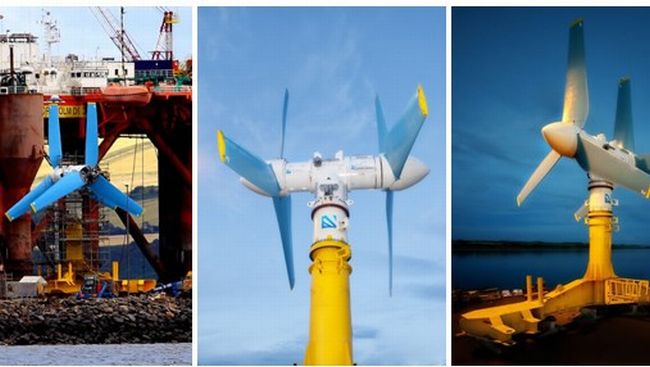 The dynamics of tidal power is a fascinating subject that hasn’t been getting its due since the world went eco-conscious in the last decade. It’s almost funny how a steady and constant source of energy has been so neglected despite advances in other fields like solar and nuclear.

This is all about to change now that countries are transforming their energy infrastructure and finding rich opportunities along coastal areas, especially bays. India’s first tidal power plant will be in the Gulf of Kutch in Gujarat. Once construction is underway, Atlantis Resources Corporation is looking to countries abroad for future projects, specifically China with its immense coastline and huge appetite for more power.

The Memorandum of Understanding between the Gujarat Power Corporation Ltd. and the UK-based Atlantis Resources for a multi-million dollar deal that will create infrastructure to produce 250MW total.  This will be possible thanks to the AK1000 turbine pitured above. Each unit can manage 1MW, so the finished plant will look like an underwater turbine colony.