The terrible Japan earthquake/tsunami and the nuclear disaster that followed it might have happened months ago, but the people are still reeling. Entire communities are destroyed, cities are devastated, and food supplies are at risk. Reconstruction is only beginning.

To help alleviate the condition of those who’ve lost so much, Incubot are releasing a special edition of two iconic mecha. Seen below are Voltron and Nikobot with a paint job to suit their Japanese-centric relief purpose. 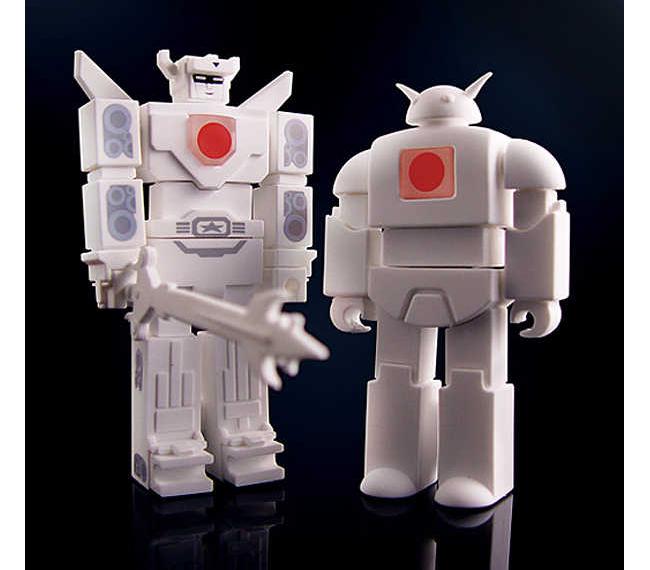 Every time either one is bought, 100% of the profits go to the Red Cross in Japan and Safecast efforts at radiation monitoring. It just sucks for an overwhelmed nuclear power plant to explode radiation in your neighborhood. What made it particularly dreadful in Japan’s Fukushima-Daiichi disaster was the stream of press releases tried to allay the full scope of the disaster when it was obvious the worst had already happened.

Each mecha comes in their own stark white boxes and are disembodied to reveal the 2GB USB within. If you’re a particularly observant reader, you’d notice both Voltron and Shiroi have been staples of Incubot in the past. Of course, back then they were faithfully redone in their original color scheme.

An ideal attraction for both anime enthusiasts, mecha worshippers, and caring people in general, these special edition USBs are available in their own Incubot product page.