Last week we heard that Google had started to let Android developers test their new in app payment system, and they have just announced that in app billing is now live in the Android Market.

Developers can now publish applications which feature in app payments to the Android Market, and users can now make purchases from within a range of applications. 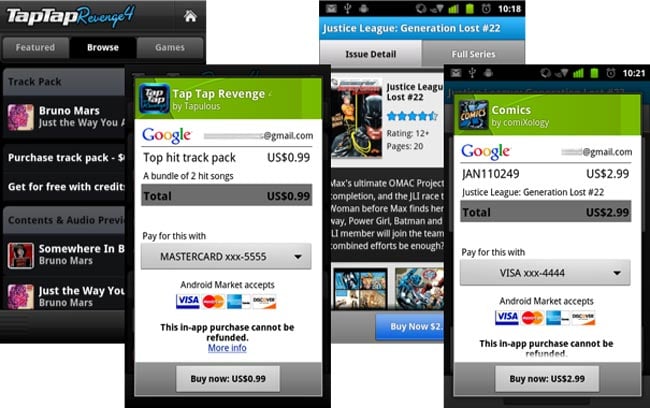 There are already some applications now available in the Android Market which make use of Google’s new in app payment system, these include Tap Tap Revenge, Gun Bros, Deer Hunter, Dungeon Defenders: FW Deluxe and many more.

It will be interesting to see how Google’ polices its in app paymentsystem, the in app payment system on Apple’s iOS has come under criticism before for allowing in app payment to be made too easily, with kids being able to rack up large bills on their parents smartphones.

You can find out more details on Google’s new in app payments on the Android Market over at the Google Mobile Blog. Take a look and our featured article on Android vs iPhone to see which smartphone and mobile platform is best for you.