A new innovative iPhone application called Impulse Response has been created by Sam Harman, and enables the user to record the acoustic characteristics of a room or location. This acoustic data can then be transferred to a computer and used to create audio using the rooms acoustic signatures making the track then sound as if it had been played and recorded within that particular room or environment.

For example you could go to the Albert Hall and record its acoustic characteristics using the Impulse Response app, then add this data to music allowing it to sound as though it was played and recorded at the Albert Hall. 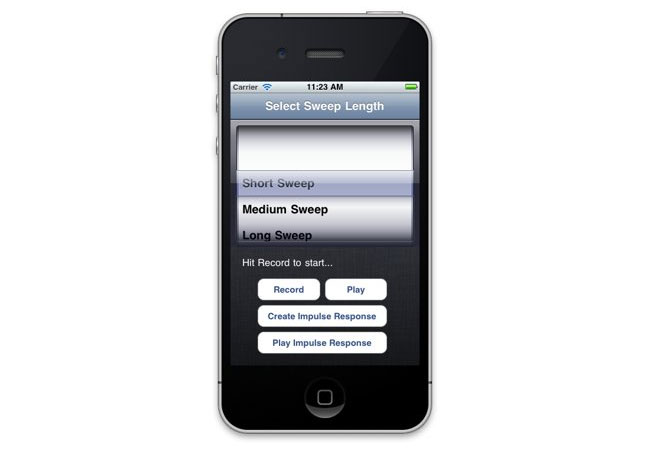 Sam Harman, has already launched on iPhone app the Twinthesiser which has been developed to transform tweets into sound, and will be unveiling his newest creation at the 2011 Festival of Design and Innovation at Bournemouth University.

The technology is not new, but to create the effect and record the acoustic data of a location normally requires a large amount of specialised equipment. Unfortunately no information on pricing or worldwide availability has been released as yet for this interesting application, but as soon as it becomes available we will let you know.