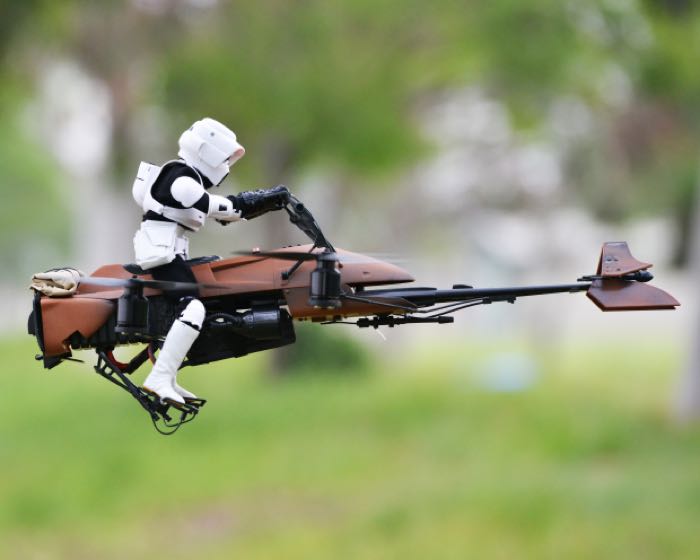 Adam Woodworth has created one of the coolest quadcopters we have seen, he turned a Star Wars Imperial Speeder Bike into an awesome flying machine.

Adam used a 1:6 scale Hasbro Power of the Force series speeder bike from 1999, and he added in four 7 inch rotors which were driven by 880kv 280mm motors, have a look at the video below. 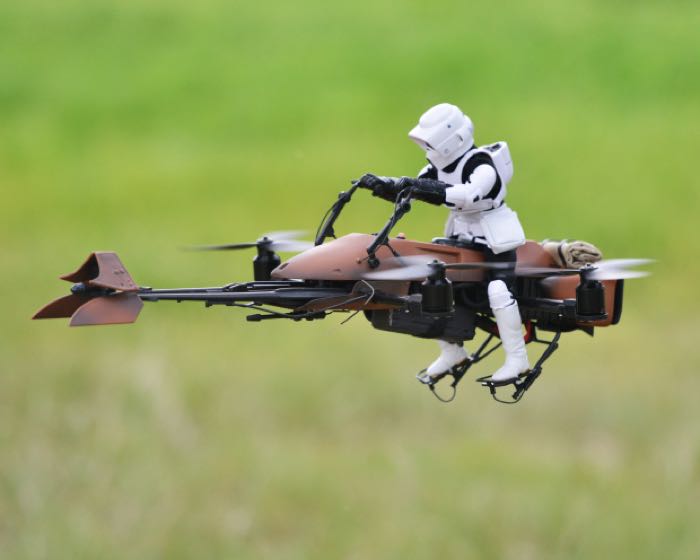 This is definitely one of the coolest quadcopters that we have featured on Geeky Gadgets, you can find out full details on how it was made over at Make at the link below.

Lets hope Disney sees Adam’s work and decides to make them, as I would buy one and I am sure a number of other Star Wars fans would.