A new innovative smart scalpel called iKnife has been developed that can literally sniff out the difference between healthy tissue and cancerous tissue as the surgeon is cutting. 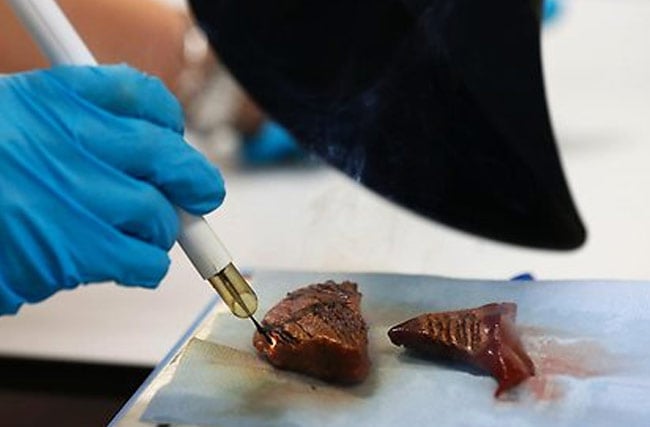 The iKnife team at the The Imperial College London have modified a surgical knife that uses heat to cut through tissue to suck the smoke created whilst cutting into a hi-tech “nose” called a mass spectrometer. Dr Zoltan Takats, who invented the iKnife system explained to the BBC:

“It provides a result almost instantly, allowing surgeons to carry out procedures with a level of accuracy that hasn’t been possible before,”-“We believe it has the potential to reduce tumor recurrence rates and enable more patients to survive.”