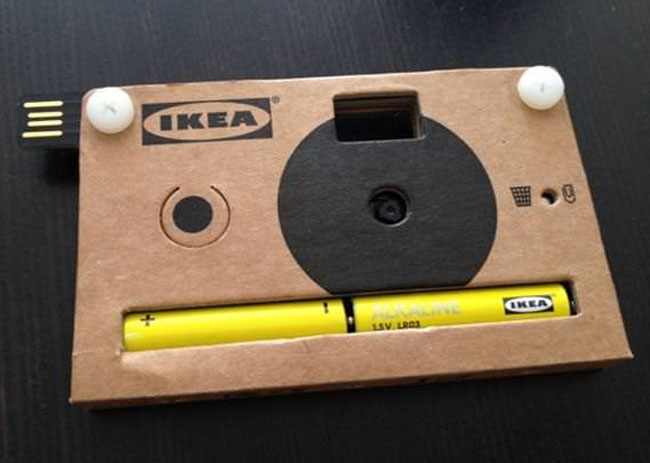 Once the camera’s internal memory is full, small USB connector can be swivelled out in one corner, from in-between the cardboard. To provide you with an easy way to transfer your photographs from the camera and onto your computer.

If you fancy owning one of IKEA’s new cardboard digital cameras yourself, IKEA maybe planning to soon make them available in IKEA stores. However no information on pricing or worldwide availability has been announced by IKEA the moment. But if any news comes to light we will keep you posted as always.