A lot of people get angry when they are driving their car, for some people this can lead to road rage, and now a new system has been developed to recognize when a driver of a vehicle is getting angry.

The system uses facial recognition, it is still in the prototype stages, but is is capable of detecting when the driver of a car is angry. 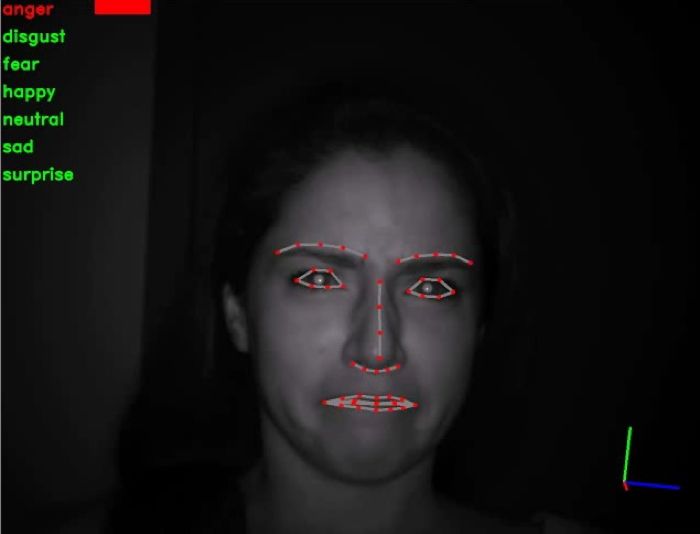 Irritation, in particular, can make drivers more aggressive and less attentive. EPFL researchers, in collaboration with PSA Peugeot Citroën, have developed an on-board emotion detector based on the analysis of facial expressions. Tests carried out using a prototype indicate that the idea could have promising applications.

It’s not easy to measure emotions within the confines of a car, especially non-invasively. The solution explored by scientists in EPFL’s Signal Processing 5 Laboratory (LTS5), who specialize in facial detection, monitoring and analysis, is to get drivers’ faces to do the job. In collaboration with PSA Peugeot Citroën, LTS5 adapted a facial detection device for use in a car, using an infrared camera placed behind the steering wheel.

The system is in the early stages of development at the moment, but we could see something similar in our vehicles in the future, who knows, we could have our cars telling us to calm down and relax when we get angry at other road users.