iFixit have been busy with their screwdriver once again, and this time have taken apart the Retina Screen of the latest Apple MacBook Pro which was unveiled last week.

iFixit have already taken apart the latest MacBook Pro laptop, reporting that the computer is the “least repairable laptop” they have had the pleasure of dismantling. Now the same team has taken apart the next generation Retina Screen revealing its secrets to all. 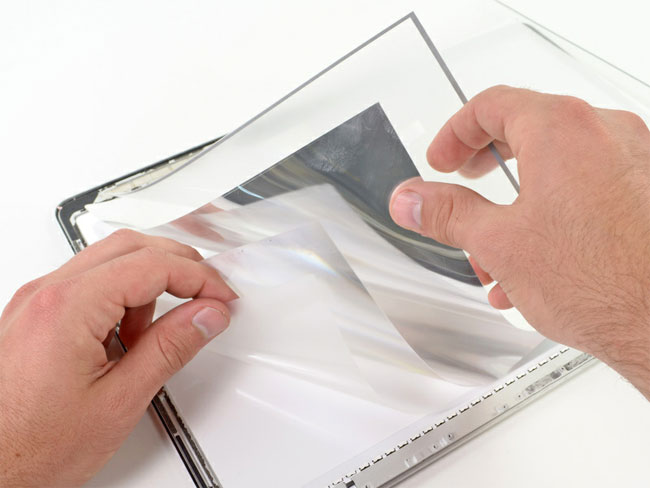 Revealing that the Retina Screen is just over 7mm at its thickest point and jet 3mm at its thinnest, and a strip of 48 LEDs at the bottom of the display provide light for the Retina display. iFixit explains in their teardown, that the:

“The Retina display is an engineering marvel. Its LCD is essentially the entire display assembly. Rather than sandwich an LCD panel between a back case and a piece of glass in front, Apple used the aluminum case itself as the frame for the LCD panel and used the LCD as the front glass.

They’ve managed to pack five times as many pixels as the last model in a display that’s actually a fraction of a millimeter thinner. And since there’s no front glass, glare is much less of an issue.”

You can view the full test them all the latest Apple MacBook Pro complete with Retina Screen over on the iFixit website.