The iControlPad has been under development for a number of years, but has now finally started shipping and is available to buy for $75. So if you are looking for a little more control over your smartphone games the time has finally arrived to now purchase the new iControlPad.

The  iControlPad started life as a simple adapter with a dock connector that allowed you to connect to smartphone emulators. Now in its final design it connects via Bluetooth and opens the doors to other devices Motorola Blackflip, Blackberry Touch, and G1 not just restricting itself to the iPhone. 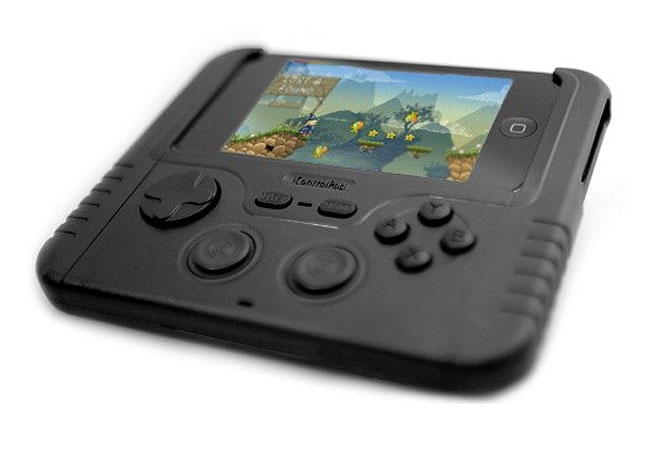 The iController is equipped with a Digital Dpad, 2 Analogue nubs, 6 face buttons and 2 rear buttons. However be warned not all games and emulators will work with the  iControlPad. The creators say it Should ‘just work’ on any Android app which supports a PC gamepad, but or more detail on restrictions or to place an order head over to the iControlPad website.