IBM is claiming that their new 5.2GHz z196 processor is the worlds fastest processor. Of course we have seen  consumer processors reach greater speeds, although this usually involves a serious amount of cooling.

The new IBM 5.2GHz z196 processor is an enterprise processor that was manufactured using IBM’s 45 nanometer technology, and it features 1.4 billion transistors that are capable of handling more than 50 billion instructions per second. 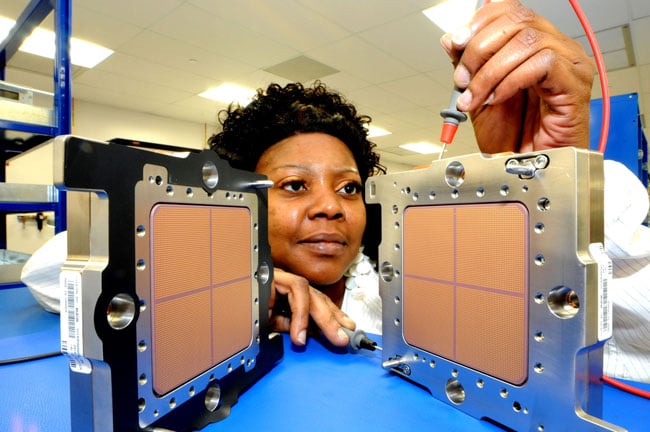 You can see full details about the new IBM 5.2GHZ z196 processor in the press release below.

Armonk, N.Y. – 01 Sep 2010: IBM (NYSE: IBM) today announced details of the world’s fastest computer chip — the microprocessor in a new version of the IBM mainframe that begins shipping to customers on Sept. 10.

This world record-breaking speed is necessary for businesses managing huge workloads, such as banks and retailers, especially as the world becomes increasingly more inter-connected, data has grown beyond the world’s storage capacity, and business transactions continue to skyrocket.

For example, according to a study by Berg Insight, the number of active users of mobile banking and related financial services worldwide is forecasted to increase from 55 million in 2009 to 894 million in 2015.

Such trends are driving the need for innovation in systems that can help clients take advantage of them to provide new services and develop new business models. In response, IBM continues to invest in systems innovation — delivering workload-optimized systems with innovation in microprocessors, software and hardware.

The new zEnterprise technology is the result of an investment of more than $1.5 billion in IBM research and development in the zEnterprise line, as well as more than three years of collaboration with some of IBM’s top clients around the world.

The z196 processor is a four-core chip that contains 1.4 billion transistors on a 512-square millimeter (mm) surface. The chip was designed by IBM engineers in Poughkeepsie, N.Y., and was manufactured using IBM’s 45 nanometer (nm) SOI processor technology in the company’s 300mm fab in East Fishkill, N.Y. There were also major contributions to the z196 processor development from IBM labs in Austin, TX, Germany, Israel and India,

The mainframe processor makes use of IBM’s patented embedded DRAM (eDRAM) technology, which allows IBM to place dense DRAM caches, or components, on the same chips as high-speed microprocessors, resulting in improved performance.

This new IBM microprocessor technology has new software to optimize performance of data-heavy workloads, including up to a 60% improvement in data intensive(1) and Java workloads(2) Increased levels of system performance, in turn, increases software performance, which can reduce software license costs.

The new system offers 60% more capacity than its predecessor, the System z10, and uses about the same amount of electricity.

Energy efficiencies were achieved through advances in microprocessor design, 45nm silicon technology, more efficient power conversion and distribution, as well as advanced sensors and cooling control firmware that monitors and makes adjustments based on environmental factors such as temperature and humidity levels and even air density.

(1)-Up to 60% increase in total system capacity for Data managed with DB2 and IMS. As measured by IBM Large System Performance Reference (LSPR) workloads using z/OS® 1.11

(2)-Up to a 66% improvement in Java performance with Linux on System z. The improvement on z196 compared to z10 was measured using a single Java application that focus on a variety of Java Runtime Environment (JRE) application functions typically used in both client and servers.