During yesterday’s SEMICON semiconductor conference in Tokyo IBM were proud to announce that they’re a small step closer to attaining the holy grail: the Exaflop, also known as a computer that can perform a million trillion calculations in a single second. 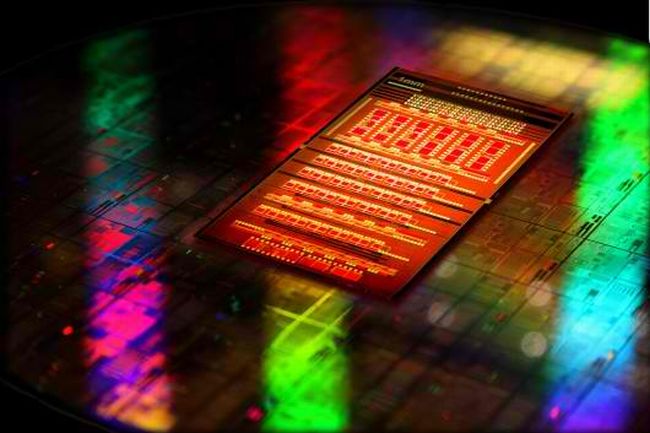 But hold your breath, for IBM’s Exaflop destiny hasn’t been achieved yet; they’ve only moved closer toward realizing the goal thanks to the newest breakthrough in their lab. Said breakthrough is the combining of electrical and optical devices on a silicon chip. Why is this so important?

Simply put, it will allow IBM to produce more compact chips without having to overhaul their manufacturing process. To explain it technically, the integration density of a current silicon chip is improved ten times over thanks to CMOS (Complementary Metal-Oxide Semiconductor) Integrated Silicon Nanophotonics.

Here’s what Dr. T.C. Chen, vice president of IBM research, had to say: “The development of the Silicon Nanophotonics technology brings the vision of on-chip optical interconnections much closer to reality…With optical communications embedded into the processor chips, the prospect of building power-efficient computer systems with performance at the Exaflop level is one step closer to reality.”

So how does this make a difference in the life of common man? The answer is computers thousands of times more powerful than what we have today are just around the corner.

We’ve been keeping tab of developments in the IBM camp for the last few years, and this latest success speaks volumes of the company’s dedication to their product.  In fact, just last March we ran an article about IBM’s inter-chip light communication technology, go here for a quick read.