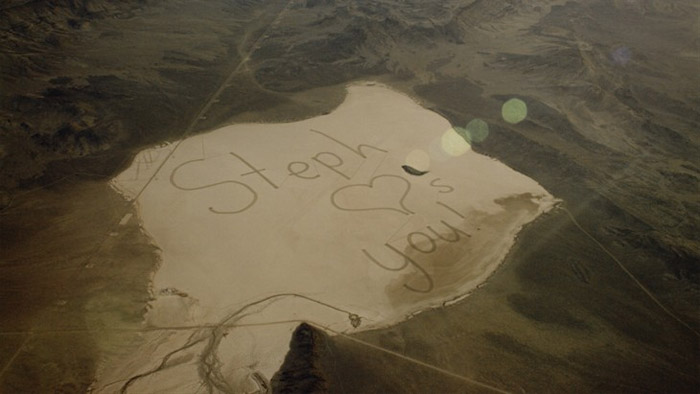 Hyundai helped a girl named Stephanie send a message to her father. Sending this message wasn’t as easy as simply hopping in the car and driving to his work for delivery. The girl’s father is an astronaut aboard the ISS. For the astronaut to be able to see the message, it had to be gigantic.

In fact, Hyundai had to send out expedition teams to look for locations where the message could be made large enough to be seen from space and where weather wouldn’t keep the message from being visible, a dry lake in Nevada was eventually chosen. The plan started with a hand written message from Stephanie.

Hyundai then brought in a massive support team and 11 precision drivers. Those drivers were behind the wheel of 11 identical Hyundai Genesis sedans. Special tires let them leave deep, dark grooves in the sand and spell out the letters. The message spanned 5.5 square kilometers and could be seen from space. Hyundai also grabbed a world record from the folks at Guinness World Records for the largest tire track image in the world. Check out the video to see some of what went into making the message possible.