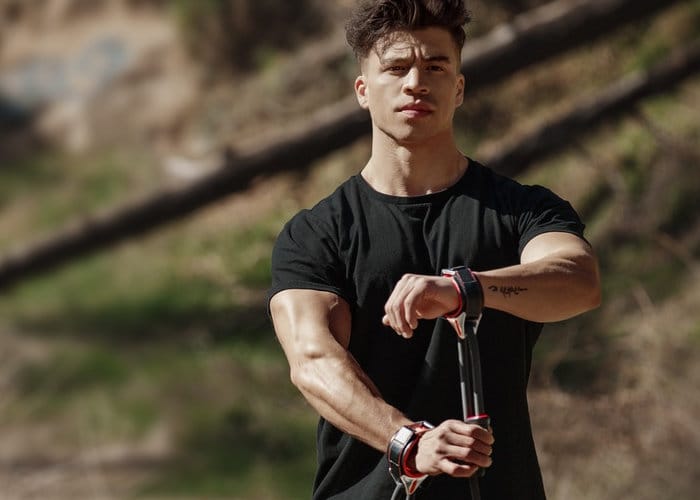 A new smart wearable gym has been created by Hyfit which includes a suspension training system equipped with motion sensors and a companion application allowing you to track and improve your physical fitness at every workout. Watch the demonstration video below to learn more about the Hyfit wearable gym which has been sponsored by Reebok and has this week launched via Kickstarter to raise its required $30,000 pledge goal.

The wearable gym combines Internet of things technology together with embedded sensors to provide you with data that is actionable as well as real-time feedback on your training regimes. Constructed using specially designed piezo-elastics bands when the band is stretched it generates an electrical signal that is picked up by the smart sensor, converting the pull into a strength reading.

Available to back with pledges starting from just $99 or £70 early bird backers can benefit from a 50 Percent saving off the recommended retail price of $199. With worldwide shipping expected to take place during May 2018. “The Wearable Gym is a futuristic portable gym developed by personal trainers and soldiers from the Israeli Defense Forces. With an early endorsement from Reebok, Hyfit’s Wearable Gym incorporates portable suspension trainers with a fitness tracker for an entirely new way to train – in and out of the gym.”

For more information on a full list of all the exercises available, jump over to the official campaign page by following the link below, where all available pledges are listed including early bird option