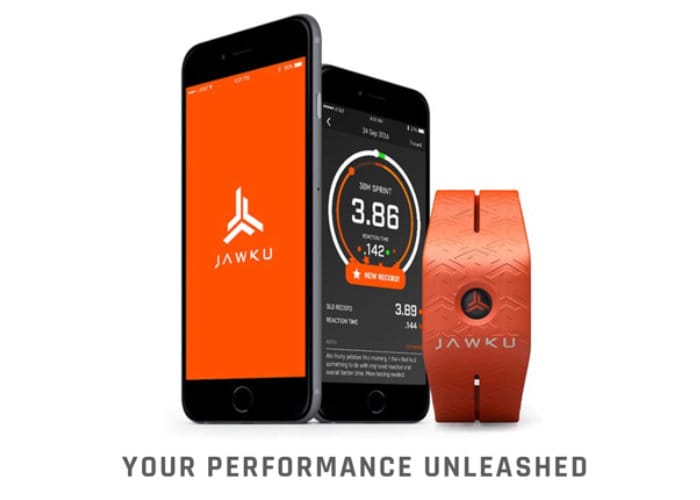 Athletes or those looking to improve their sports performance may be interested in a new wearable sports performance monitor named Jawku Speed, created by John Wells. Jawku Speed has been specifically designed to provide an easy way to monitor your speed, agility and reaction times using wearable technology, high-tech sensors and a smartphone companion application which is supported by iOS devices.

Watch the demonstration video below to learn more about the Jawku Speed performance monitor, launched via Kickstarter this week to raise the $25,000 required to take the sports performance tracker into production. Its developers say that the creation of the Jawku Speed makes the stopwatch obsolete. Thanks to its combination of the latest wearable technology and “unsurpassed tracking and timing application”.

Jawku Speed is now available to back via Kickstarter with early bird pledges available from $110, offering a considerable 45 percent discount off the recommended retail price of $90. Which will start once the crowdfunding campaign comes to an end.

If all goes well and the Kickstarter campaign is successful shipping throughout the United States is expected to take place during April 2018. Unfortunately at the current time the wearable Jawku Speed sports performance monitor is only available to purchase within the United States. Although this may change at a later date and as always we will keep you up to speed as soon as any announcements are made. In the meantime jump over to the official Jawku Speed campaign page for more information, full specifications and a list of all available pledges.