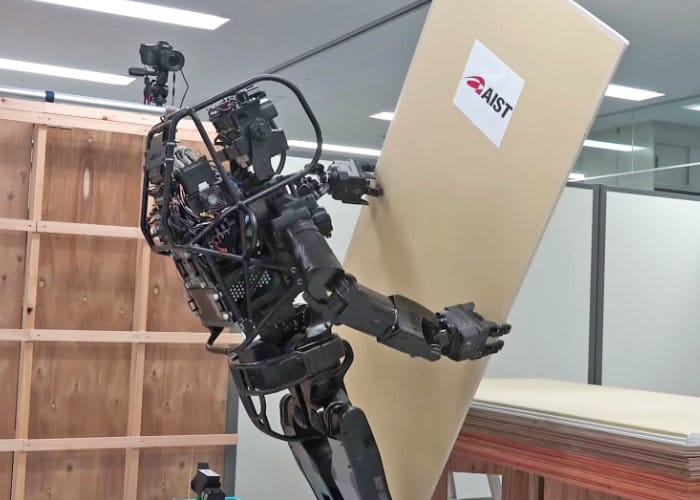 Researchers at the Advanced Industrial Science and Technology Institute Japan have released a new video demonstrating a humanoid construction robot that is capable of installing drywall plasterboard boards autonomously. Watch the demonstration video below to see the wireless biped robot in action. 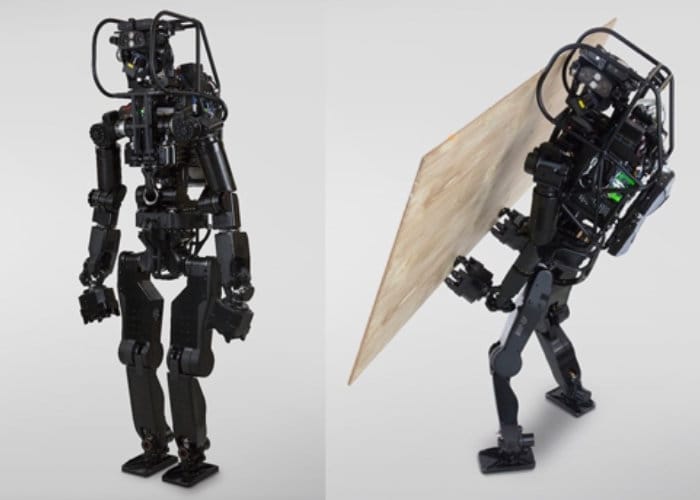 Using different technologies for environmental detection, object recognition and movement planning the robot carefully manoeuvres awkward and heavy plasterboard walls into position and screws them into place. The HRP-5P Robot has been created by AIST for use on construction sites in response to Japan’s ageing population and labor shortages.

The HRP-5P robot is still in its prototype stage of development but currently weighs roughly 222lbs and is capable of working untethered. More information and images of the autonomous robot in action and the technology used, jump over to the official AIST website by following the link below.