The Hubble Space Telescope has made a very interesting discovery having to do with Neptune. Hubble has discovered a new moon that was missed back in 1989 when Voyager flew past Neptune. The new moon was designated S/2004 N 1 and is the 14th known moon orbiting the planet. 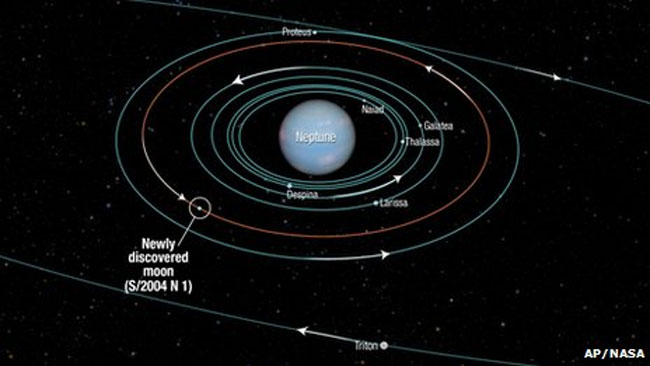 The new moon also appears to be the smallest satellite orbiting Neptune at approximately 12 miles across. Scientists say that the moon completes one full orbit around Neptune every 23 hours. The moon was discovered by an American astronomer named Mark Showalter while he was studying segments of rings around the planet.

NASA says that the new moon is about 100 million times dimmer than the faintest star visible to the naked eye. The discovery was made by tracking the movement of a white fleck appearing over and over again in more than 150 photographs taken by Neptune between 2004 and 2009.