Scientists have used the Hubble Space Telescope to discover planets and all sorts of other phenomenon in our own solar system and the universe around us. One of the latest discoveries that the Hubble has made is determining that a planet orbiting around a cosmically close star has the same deep blue colors as the Earth. 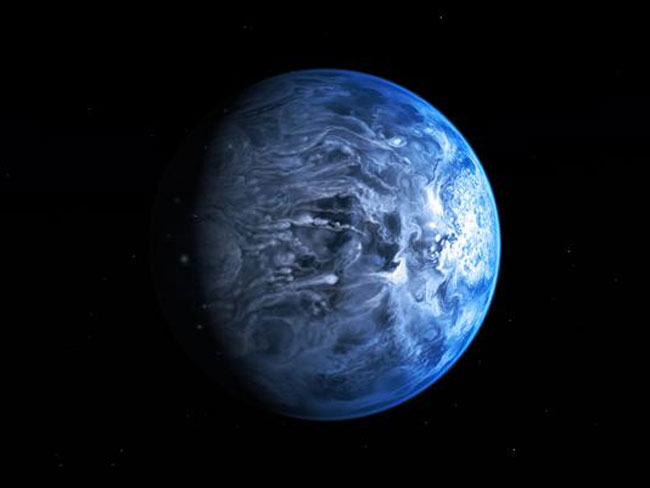 Other than sharing the deep blue hue that the Earth is known for, the similarities between our planet and the planet dubbed HD 189733b are nonexistent. HD 189733b orbits a star about 63 light years away from the Earth and is a gas giant described as a hot Jupiter. Scientists believe that cloud temperatures on the planet are likely around 1800°F.