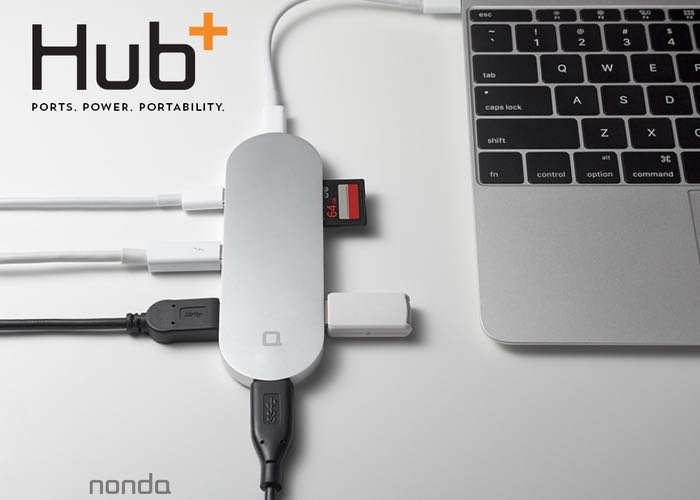 Apple has continued to make thinner and thinner laptops over the years, and they are great to hold and carry but unfortunately to make them thin certain ports and functions have had to be removed.

If you find you miss anything that has been removed from the MacBook system a new USB-C Hub might be able to help replace those missing features with the addition of a small USB-C device. 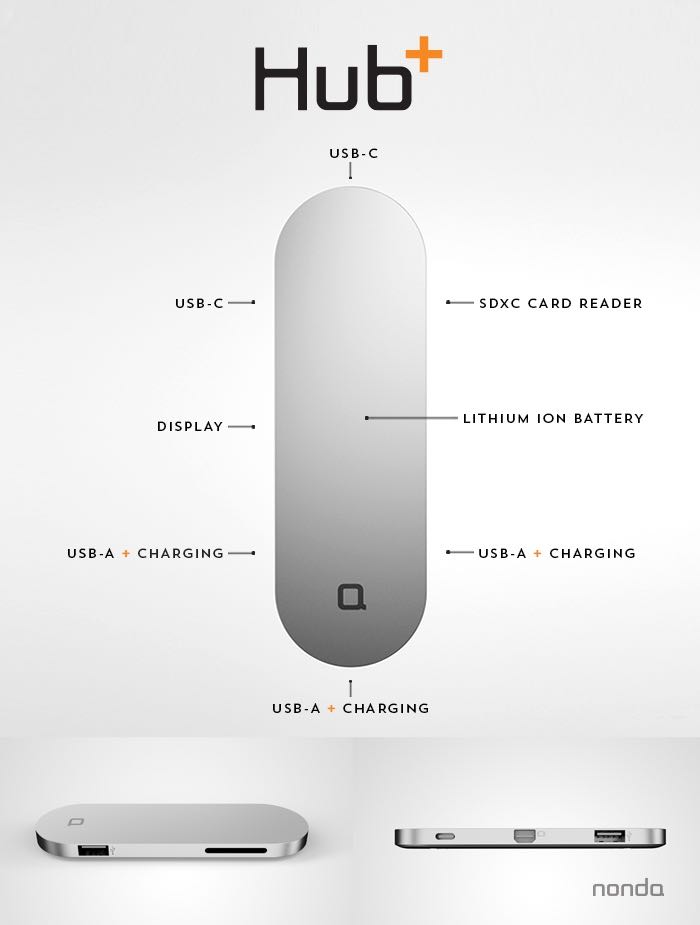 The Hub+ has been designed to easily add missing features such as a read read, USB-C Hub, display port, as well as 3 USB-A charging ports and a handy built-in lithium ion battery to charge your smartphone.

The Hub+ is constructed from aluminium alloy and is available to pledge for from $79 over on the Kickstarter website to early bird backers. Watch the video below to learn more about its construction and features.

“Got the new MacBook, but can’t work as you used to? We’ve solved the single port issue. When we received our new MacBooks in early April, we realized there was only one USB-C port, and we didn’t know how we were going to connect our desktop monitors or other devices.

On a mission to solve this problem, we spent nights and weekends pouring over designs and testing prototypes. Finally, we arrived at the Hub+, the USB-C hub for the new MacBook. We’re proud to share it with you. The small footprint saves desk space and the sleek design matches your laptop.”