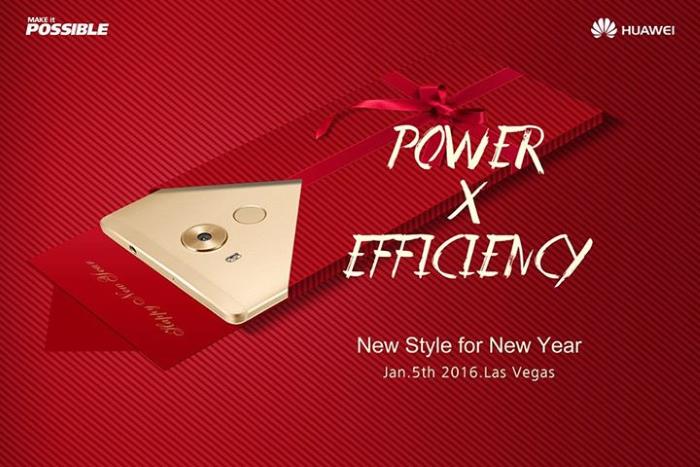 CES 2016 has kicked of in Las Vegas in full force and it seems Huawei has some interesting announcements to make at the big event.

Huawei has a press event scheduled at CES 2016 today, and among the most notable things is an announcement regarding the Mate 8, a new tablet and possibly a new smartwatch.

The Chinese company introduced the high-end Mate 8 back in November and it seems we’re going to find out about the details such as its pricing and availability in the United States.

The company posted two more teasers on their Facebook page hinting at the launch of a new tablet focusing on rhythm and entertainment, as well as a new smartwatch.

This also discards a previous rumor which hinted that Huawei P9 is expected to see the light of the day at CES 2016, but it seems that’s not going to happen. The company may launch it a little later in March, as reported by earlier rumors.

The event will kick off in a few hours, we’ll update you as soon as the Chinese company make the announcements.