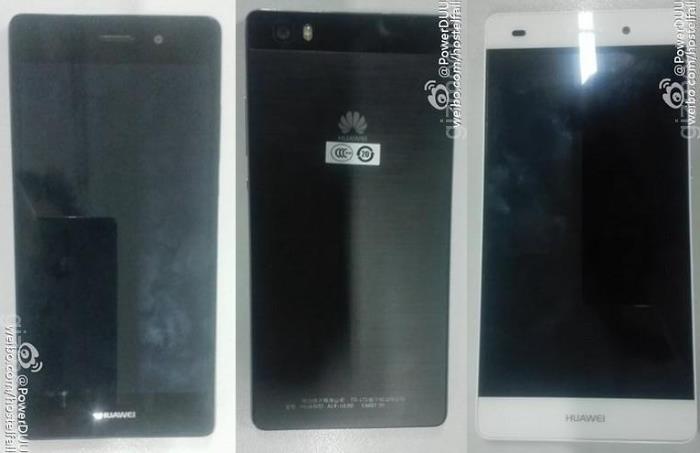 Huawei is expected to introduce its latest flagship device, the Huawei P8, on April 15th at a press event. It’s not just the P8, the company is also expected to launch a smaller version of the flagship device with trimmed down specifications which has seen its fair share of leaks in the past few weeks.

The Huawei P8 Lite was spotted on TENAA and in addition, we also came across some leaked press renders of the device. Now, some images of the alleged Huawei P8 Lite made their way on to the internet from Chinese shores, showin us what the handset may look like in real.

The leaked images reveal that Huawei P8 Lite will hit retail in two color options: black and white. The alleged handset is expected to come with a 5-inch display sporting a resolution of 1,280 by 720 pixels, 2GB of RAM, 16GB of external storage with a microSD card slot should you ever require more storage, a 13MP rear camera for photos and videos, 5MP front-facing camera and runs Lollipop as its operating system. Previous reports further suggest the alleged handset may cost 250 EUR when it launches in the region.

Stay tuned, we’ll update you as soon as the company officially unveils the handset.