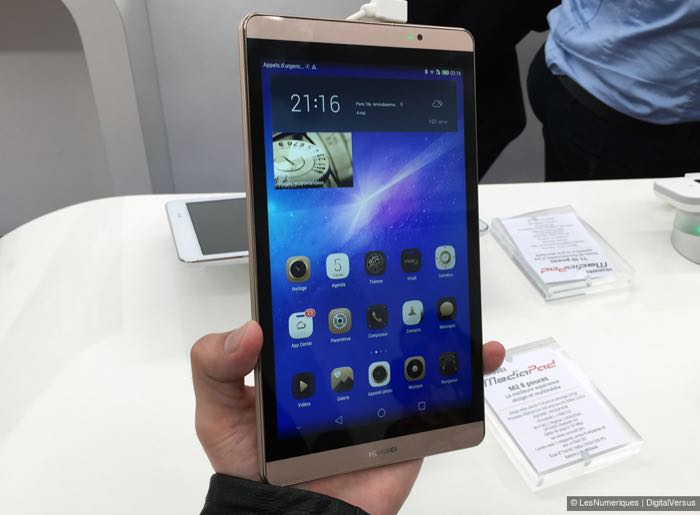 Huawei has launched a new Android tablet in France, the Huawei MediaPad M2 and the device comes with a 8 inch display.

The 8 inch display on the new Huawei MediaPad M2 tablet comes with a Full HD resolution of 1920 x 1080 pixels and the device is powered by an eight core processor.

Powering the new Huawei MediaPad M2 tablet is a 64-bit Kirin 930 processor clocked at 2GHz, the device also comes with 2GB of RAM, 16GB of built in storage and a microSD card slot.

The Huawei MediaPad M2 features front and rear facing cameras, on the front of the tablet there is a 2 megapixel camera, on the back of the device there is an 8 megapixel camera. The device also comes with WiFi, Bluetooth, LTE and Android Lollipop.