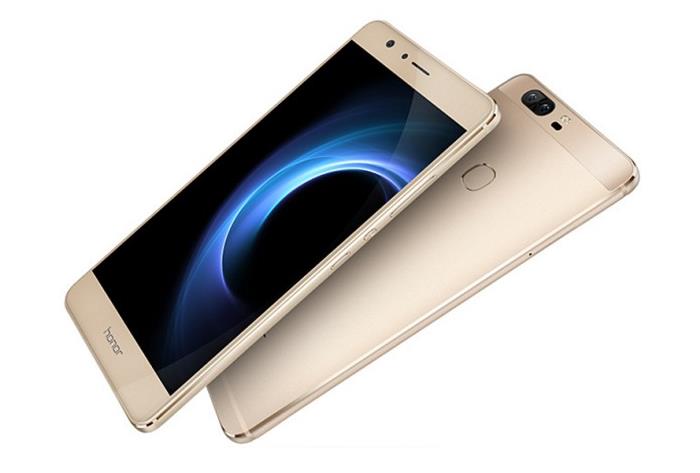 After numerous leaks and rumors, Huawei has officially unveiled the Honor V8 smartphone at a launch event in China.

The handset brings top-of-the-line specifications on board, including a 5.7-inch display sporting a resolution of 2560 by 1440 pixels and the company’s top Kirin 950 processor.

The device features 4GB of RAM, a microSD card slot as well as a 12MP dual camera setup with laser auto focus on the back and an 8MP front-facing camera. The handset ships with Android 6.0 Marshmallow with EMUI on top of it, as well as an enormous 3,500 mAh battery and 4G LTE connectivity.

The 32GB model with Full HD display is priced at CNY 2,299 (about $350), while its high-end version with QHD display and 64GB of storage will carry a CNY 2,799 ($439) price tag. There’s no word about its launch in international markets, but we do hope that Huawei will introduce it in more markets in the coming months.

Anyone interested in picking up the Huawei Honor V8?